Why is Runescape 3 dying while OSRS is so popular?

Whether it is a player or an official announcement, when it comes to Runescape, we default to Old School Runescape. Over time, it gave everyone a big illusion that everyone thought that RS3 was dead. But is this really the case? 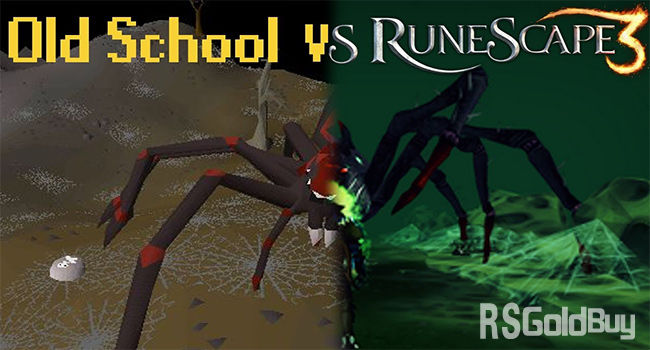 Most people think that RS3 is about to die. In fact, it just stagnated, but it still operates normally in a small group of people. It manages to keep it between 25k-32k during peak hours, and it drops between 15k-18k instead of peaks. Compared with the above, the data is not as good as the OSRS, but compared with some small games, it still has a certain degree of activity.

Old School Runescape managed to hover around 60k during the off-peak period, reaching an astonishing 100k-115k player on average, which is an impressive number. OSRS maintains a healthy and stable development and will update it according to the suggestions everyone mentioned in the community when necessary. The recent cooperation between osrs and steam has added some new users, which is very surprising.

However, RS3 will not increase at all, nor will it decrease below the off-peak average value. The game has stalled. Still keep RuneScape 3 the same as the average number of players, never really increase, but will only decrease over time. In the rs gold trading market, the OSRS Gold market is much higher than the RS3 Gold market, and many businesses even directly give up the service of providing RS3 Gold to players.

In addition to the obvious hatred of Treasure Hunter and the MTX store, what must be done to increase the number of players in RS3? Will Bank Rework really increase game users? Will the complete deletion of TH bring back players who quit RS3? Will the increase in RS3 players reduce the focus on MTX?

We may never see the huge popularity of RS-although we can be sure that hell has a healthy community, but when RS is better, there will not be frequent conflicts between each other. It agrees that Treasure Hunter is a problem, and there are many reasons and no reason to focus MTX on many RS fans. The promises that are constantly fulfilled, the exaggerated content is just mediocre, and the disconnect between them and the community.

RSgoldBuy has never distinguished between rs3 and OSRS services since it provided services to players, and they treat them equally. I believe that among the many fans of Runescape, there must be many players who have never given up on RS3 because they missed it. If you need RS3 Gold to help you, RsgoldBuy will provide you with services at any time, and we will still provide you with the best service with the safest transaction method and the fastest delivery speed.