Setting the player as the target and staying in place indefinitely is contrary to the spirit of the game, so this change did not pass the polls. According to the latest Sheve Special Attack Changes official blog, the development team has modified the working methods of Shove special attacks on weapons such as Dragon and Zamorak Spear. 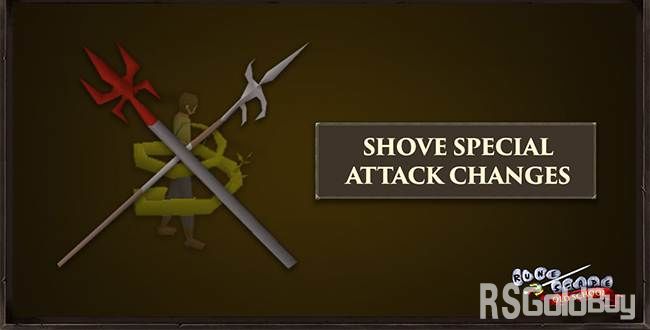 Here is an example of how it works:

The push effect expires on Player B

Player A can freely cast bound spells on Player B

The binding spell effect on Player B has expired

Player B gets a three-second bound spell immunity save

In short, if the player is affected by the Shove special attack, after the Shove stun effect disappears, they should gain immunity to bound spells for three seconds. I think that players should be satisfied with such changes. In addition, if you need cheap OSRS Gold, you can also buy it from https://www.rsgoldbuy.com/. We provide 24/7 online service and fast delivery.