According to the latest news from The Old School Team, the development team has discovered problems with Fluid Strikes. It is worth noting that Fluid Strikes Relic does not interact with NPC attacks as expected, and the damage from NPC attacks depends on your maximum HP level. This allows players to bypass certain boss mechanics, such as Pestilent Bloat's heavy step attack, Sotetseg's red ball or Verzik Vitur's green ball. If someone has 15 HP, they will always receive 13 damage from these attacks, and they should receive fatal damage as expected. 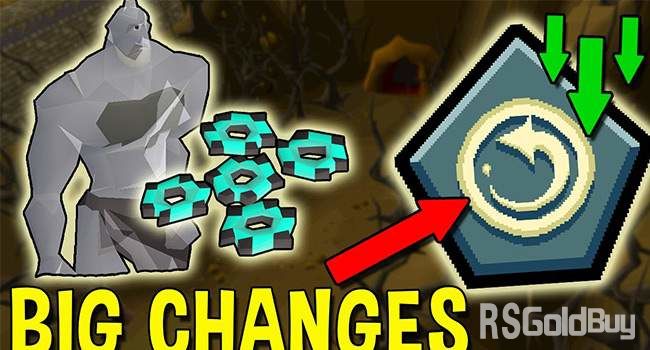 Therefore, based on the above issues, the development team applied a patch in the real-time game, which means that if the player's damage is less than their current HP, Fluid Strikes will only apply its damage reduction effect. E.g:

You have 74 HP and an attack causes 74 damage. You are visiting the death office.

You have 75 HP and an attack causes 74 damage. Riptide Strike reduces its damage to 63.

Although the development team tried to avoid making any changes in the middle of the alliance, this unexpected interaction was a mistake, so a fix is needed! If Fluid Strikes finds obvious changes in the later changes, RSgoldBuy will continue to update for you. In addition, RSgoldBuy provides players with a large amount of high-quality OSRS Gold. If you only need it, you can enter our product page to choose to Buy OSRS Gold, and we will deliver it as quickly as possible.