How does RSgoldBuy win the trust of players in selling OSRS Gold?

Old School RuneScape is an older and more popular version, which is favored by most players around the world, because it is optimized on the basis of the original game, making the game easier to run without taking up a lot of data. Generally speaking, when we refer to RuneScape, we actually mean OSRS.

RuneScape was originally released by British developer Jagex in 2001, but in recent years more and more players have begun to rely on games as their main source of income. The most famous of them is Venezuelan. It's not just Venezuelans who used to be considered a bad job in playing games. Now, when the time players spend on the game is realized, more and more people see business opportunities. 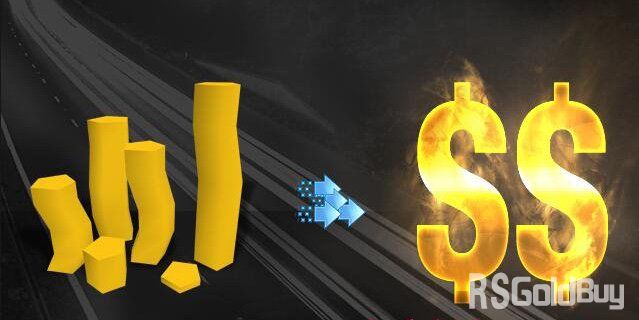 The purpose of farming gold is to accumulate a large amount of RuneScape gold to sell profit outside the game. It is nothing new, but it has become more apparent as Venezuela's infrastructure has become inoperable in recent years. The industry chain for selling OSRS Gold has become more and more mature, but it also involves many problems. Undoubtedly, the use of machines to produce gold is forbidden for game developers, and legal transactions through normal channels are allowed

RSgoldBuy.com is also one of the suppliers that provide RuneScape gold to players. Different from ordinary players, RSgoldBuy earns gold coins by continuously doing tasks in the game through a team of professional game players, while increasing the account level. The gold coins obtained are then sold to casual players at a reasonable market price through the RSgoldBuy platform. Therefore, players who Buy OSRS Gold on RSgoldBuy can shop with confidence. Of course, if some players want to buy an account, they can also consult our customer service. On RuneScape, RSgoldBuy will almost meet all players' needs.